It is amazingly exciting to be able to design several types of furniture!

Imagine how you’ll feel everytime you come home seeing your very favorite colors and pattern designed furniture home decor.  Some assembly is required with handy videos located at the bottom of each furniture item. 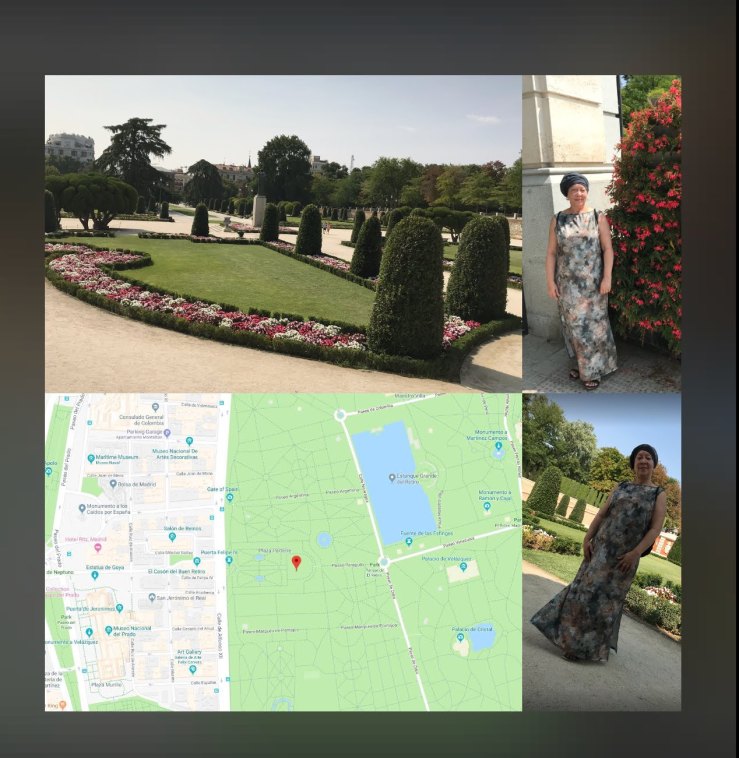 Saturday was day four of my son’s 22nd birthday trip to Madrid. Unfortunately for me, it was a very bad day medically. My son also decided to stay in and nap due to some jet lag. Magically, around 3:00pm, I began to feel better and chose to wear my easy wear, earth toned Gray and Pink Granite designed side slit dress as we decided we’d venture out for a bit.

Since we had explored Plaza Mayor, to the right of our Tryp Atocha hotel and Puerto del Sol situated behind us, we decided to explore going left to the park. (Jardines del Buen Retiro)

I packed plenty of my sleeveless dress designs knowing that even though visiting Madrid in August was hot as expected, it was a hot heat vs humid. We were glad to feel gentle breezes under the many shady trees and thankfully countless benches to sit throughout this expansive and lovely sandy retreat.

Tip for the ladies – the vast majority of the park is sandy with some paved sidewalks, wear comfortable flat shoes that you can easily clean.

Rich tones of red, yellow, black and blue abstract fashion accessories for him and her are sure to complement a variety of outfits including classy or casual events.

Scroll below to view images with direct links or visit my online Zazzle shop to view all gift products with this design.

Imagine directing visitors to your guest bathroom and watching them slowly back away with a look of wonder on their faces.  Vivid splashes of yellow, red, orange, blue, green and purple with blocks of bold black bath decor accessories. They may never come back out.

Also!!! Two shower curtains and bath mat are super cool to use in a bedroom. I love using mine, especially the plush bath mat.  Yellow Abstract Art 8195 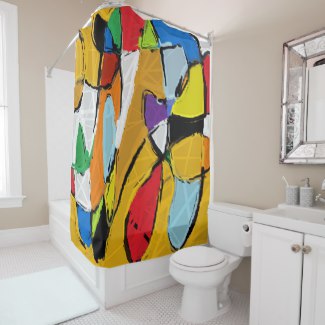 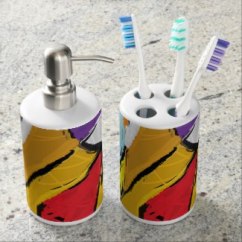 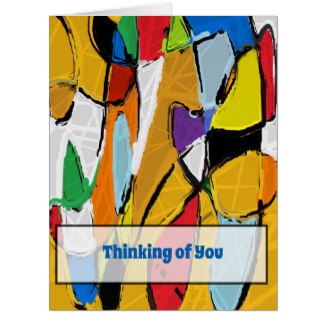 Or send me your favorite colors and let’s create a few samples for you. 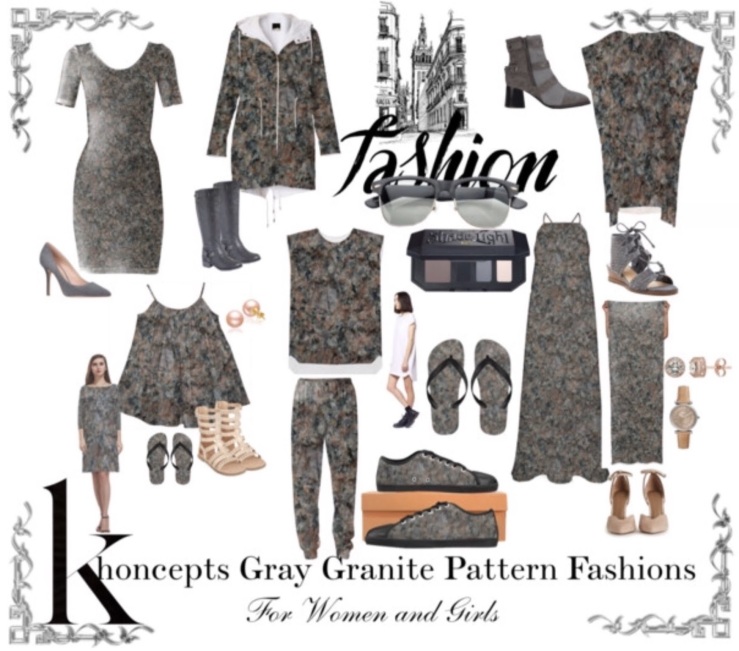 Inspired art can come from any direction including a photograph of very interesting gray and pink granite stone transformed into this conversational patterned spring and summer fashion wear.

Print All Over Me Shop 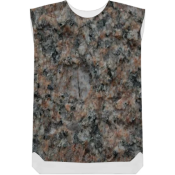 Another amazing and amusing alternative to not being able to go out and take new photos. A beautiful landscape photo of downtown St. George Bermuda taken from the top deck of a cruise ship is transformed into vibrantly colorful “Neon Pop Art” travel gifts. 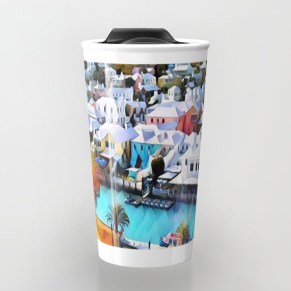 My family and friends enjoy my enthusiasm for visiting major aquariums and zoos. That said, I can’t really devote the extra time it takes to stand in one place to take loads of photos until I’m happy lol. Nope, I’ve learned to capture what I can while keeping my host happy and free from boredom.

My cousin and I lucked up on seeing this jaguar at the San Antonio Zoo in Texas. He came out of hiding to show off his beautiful coloring, however my actual photos looked like garbage. Many months later, after cancer surgery and health complications I felt a smallish project was in order and decided to re-visit my photos from the zoo. Using my iPad Pro and the Vinci art app the Jaguar in Motion photo is now a favorite.

Once several eye catching images of the jaguar were completed, sharing them in a fun format was in order. I admit, it took me over two hours and several tries before settling on the final product.

1) I used ProShow because I like their video template selections. I loaded several photos of the jaguar to a template and then saved the video to my iPad Pro (I did this because I couldn’t figure out how to add my own music to the video)

2) The video was next loaded to iMovie. I cut and replaced the ending, added my own music (created in Garageband) and downloaded the video to my iPad Pro.

3) I opened my paid version of PhotoGrid (no watermark) and chose Grid, added my video (30sec), typed in 3 different titles and saved it to my iPad Pro

This is a good way for me to remember how I did it as well haha.

Finally…..the jaguar photos will be re-sized to create postcards, greeting cards and home decor items such as shower curtains and throw pillows. 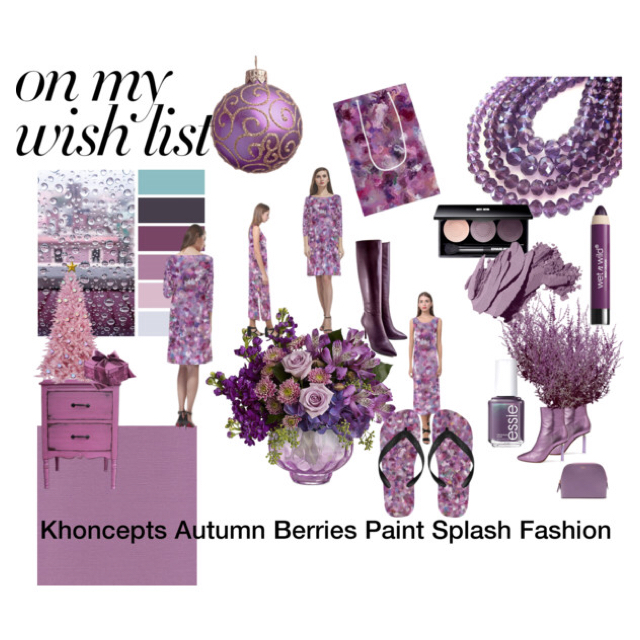 It is super wonderful to be able to design dresses that I know will fit, using colors I love and having the items shipped right to my door.

No more picking through dozens of dress racks. No more, not so clean, store dressing rooms. No more endless hours of surfing the net for the dress colors I want. 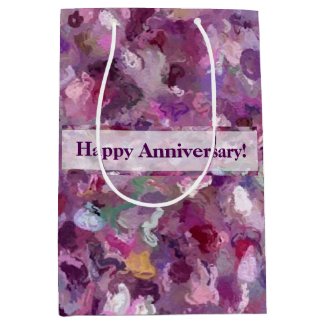 Contact me below and let’s see what we can do for you!

Wearing color coordinated red, green and white Christmas fashions can be fashionably fun. Imagine celebrating the holiday on a cruise or beach vacation while being in the spirit of the season.